Around the globe, the advent of large-scale technology implementation in health care has begun. The terms telemedicine and telehealth are spreading across the globe as fast as the satellite communications systems can transmit them. Telemedicine has reached around the world and has helped to link all peoples together in the struggle to understand and treat disease and promote health. Telemedicine is not just a single technology. It is part of a greater process, and it has spawned the creation of a chain of care unlike any in history (Roine, Ohinmaa & Hailey, 2001). New health information technologies are introducing the world to the value of knowledge in the promotion of health and prevention of disease (Coile, 2000). Telemedicine has experienced a steady growth over the past decade as telecommunication technology has advanced and as costs have declined (Wooten, 2001). Patient care, medical research, medical education, and the administration of health services are beginning to undergo revolutionary changes as information technologies advance (Wallace, 2001). .
This paper is a discussion of the global trends related to telemedicine, the numerous impacts of telemedicine on the practice of nursing, both now and in the future, and the response that the nursing profession may choose to take to this new technology. A discussion regarding the role of nursing theory and how it might evolve with telemedicine is also included.
Definition.
Currently there is no universally accepted definition of telemedicine. Various authorities have developed definitions, and these in, in turn, have been adopted by researchers and authors throughout the literature. Telemedicine is broadly defined as the provision of health care services across some distance (Greenberg, 2000). More recently, telemedicine has been defined by the specific elements of service that are provided. Ashley (2002) defines telemedicine as “the practice of health care delivery, diagnosis, consultation, treatment, transfer of medical data, and education using interactive audio, video, or data communication.

” This definition provides a much clearer picture of the wide range of services encompassed in telemedicine. It seems that the pace of technology is so rapid that what may be new and innovative one day becomes routine the next day, and by the following week, is considered ineffective or outdated. This seems to be the case with terminology also. The term telemedicine has been replaced by the more inclusive term “telehealth”. Thede (2002) describes telehealth as “the use of electronic communication networks to transmit data or information that focuses on health promotion, disease prevention, diagnosis, consultation, education, and/or therapy.” The term telemedicine, however, continues to be used widely and interchangeably throughout the literature. .
Evolution of Telemedicine.
Telemedicine began approximately 50 years ago. The first mention of telemedicine in medical literature can be found in references to transmission of radiological images by telephone in 1948 (McCarty & Clancy, 2002). The early roots of telemedicine came from the manned space flight program where scientists sought methods to monitor, diagnose and treat astronauts. The modern-day portable cardiac monitor and defibrillator are a byproduct of that scientific research (Bahshur, Reardon & Shannon, 2000). .
In the 1980’s, federal funds for demonstration projects were eliminated and telemedicine essentially disappeared from the scene (McCarty & Clancy, 2002). A rebirth of telemedicine occurred in the 1990’s with the advancement of the Internet, and increased federal, state, and military support (McCarty & Clancy, 2002). In the past few years the development of telemedicine has increased significantly. Health care organizations have implemented numerous programs for clinical and non-clinical purposes (Jen-Hwa-Hu & Yam-Keung Chau, 1999). Most authorities agree the increasing innovations in computers, networks technologies and other equipment are responsible for the rebirth of telemedicine applications (Roine, Ohinmaa & Hailey, 2001).

Ashley (2002) believes that recent technological advances such as fiber optics, satellite communication, and compressed video provide the environment for telemedicine to continue to grow rapidly.
Current Status of Telemedicine.
Currently every state in this country has at least one telemedicine program. Bahshur and colleagues (2000) believe that telemedicine is “a product of the information age, just as the assembly line was a product of the industrial age.” The way that we provide and receive health care is being changed by new information technologies and telecommunications (Stuckey, 1998). For example, CT scans, ultrasounds, and nuclear medicine images are already digitized. Radiologists can transmit images to any location that has a computer with a corresponding program and sufficient memory to put the image on the screen (Welsh, 1997). Still images and other digital information can be transmitted from one professional to another for the purposes of consultation or referral through “store and forward” telemedicine (Petersen & LaMarche, 2000). New modes of medical practice with new names have sprung up. These include teleradiology, teleneurosurgery, telepsychiatry, and teledermatology. Primary and secondary care providers can now generate electronic referrals, conduct e-mail consultations, and participate in video conferencing (Wallace, 2001). .
Procedures and treatments that have traditionally required direct physical contact by a practitioner can now be performed via telemedicine. For example, blood glucose can be monitored, and visual observation of insulin syringes prior to injection can be conducted from a remote location (Klonoff, 2003). The Kaiser Permanente organization demonstrated that patients with newly diagnosed chronic conditions could be equipped with home videophones, electronic stethoscopes, and digital blood pressure monitors, and assessments could be performed and data transmitted to evaluate cardiac and respiratory function (Wooten, 2001). 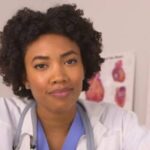 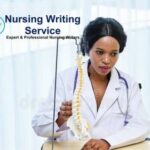 Why I Want to Be a Nurse